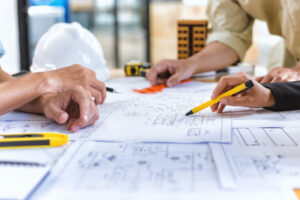 Many questions usually come up when discussing firestopping materials.

When it comes down to firestopping and its materials, understanding how they work and when we should use them can make any construction project much easier. In fact, various questions usually come up when discussing firestopping materials. You need to be aware of plenty of commonly and frequently asked questions for firestopping. Read on to learn more!

Where Exactly Does the Requirement Apply?

Where Specifically is Firestopping Needed?

Which Test Standards Are Typically Approved to Measure a Firestop System?

There are certain ways the professionals test out your firestopping materials. In fact, every specific test will have an outline that typically has fire test methods that are effective and efficient in testing the overall performance of the firestop materials set in place.  These tests are typically based on ASTM E 814, UL 1479, and joints to ASTM E 1966, UL 2079, and ASTM E 2307.  Keep in mind, if the material has not undergone testing for the application it is being used, it is NOT APPROVED and you could be held liable should that material fail.

Am I Installing the Proper Firestop Systems Before Inspections?

As with any other fire-mandated system, inspections are crucial. In fact, understanding whether the specific firestop systems installed in your construction site or building are correct can be difficult. However, the code and method of construction will call for the usage of specifically “Listed” firestop assemblies. These will actually help to ensure that you’re installing the correct firestop systems before an inspection.  Again, keep in mind if you don’t use an approved “Listed” firestop system, you could be held liable should the system fail, and more than likely the Inspector will not pass your work and you will have to remove and reinstall the system as approved.

The Bottom Line with Firestopping Materials

When it’s all said and done, there isn’t anything better than ensuring your construction site is following the rules and complies with all of the regulations – particularly when it comes to firestopping systems and firestopping materials. In fact, being aware of the correct installation measures could make all the difference when it comes to construction sites. As a result, there isn’t anything better than getting in touch with the professionals at G&M Services to ensure your firestopping systems are all up to code and compliance.

Revitalize Your Business with G&M Services

G&M Services is proud of our employees and the dedication they have for safety in the workplace. We reward our employees for displaying positive safety practices. We incorporate weekly and monthly discussions and meetings to ensure that all involved know how to handle equipment and potentially risky situations during a project. We offer services in the way of concrete core-drilling and sawing, concrete scanning, Air Barriers, Firestop, and BIM Project Management and Coordination. To get started with us, call today at 410-787-8828 or visit our contact page. Follow the official company page today on Facebook, Twitter, and LinkedIn.