The Evolution of Concrete 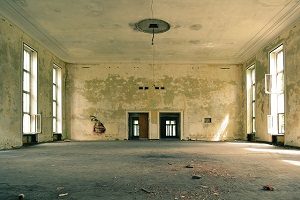 Concrete is so ordinary these days that we tend to take it for granted. But in the past century alone, it has come a long way.

Concrete is so ordinary these days that we tend to take it for granted. But in the past century alone, it has come a long way. The Romans invented concrete, but we have reinvented it. Plus, we use the word “concrete” as a concept for something stable, unchanging, and durable. From a certain point of view, this is hilarious, because even this substance has evolved.

The Evolution of Strength

It shouldn’t be much of a surprise that concrete has different levels of strength. When concrete is still fresh, it has something called early strength. Once it has a fair bit of time to set, it moves into something called later-age strength. However, the advancement of technology has allowed for changes in the formula that forms raw concrete. Early strength has been prioritized over later age strength. Due to this shift, the construction process speeds up since workers don’t need to wait as long to continue their tasks.

Newer blending techniques can make a world of difference. In the past, clay and limestone were mixed to form cement. This basic cement is known as Portland cement, but new techniques mean that the past doesn’t need to stop the future from coming sooner. Blended cement is created whenever other materials are added to Portland cement. Some examples of other substances include fly ash, volcanic ash, and blast furnace slag. Blended concrete proves to be stronger than conventional concrete; that’s because it is more durable and doesn’t put off as much heat while it is curing.

Many different types of aggregates are typically included in concrete. Sand, gravel, rock, and slag are often added when they are still. But the addition of pre-moistened aggregates makes concrete work far more straightforward. That’s because they hasten the curing process. The freshly-cured concrete made in this way is then less prone to cracking or shrinking.

Every company should focus on how they can become more environmentally-friendly than they were in the past. This means that old concrete is being recycled after demolition. Also, Portland cement is being phased out, at least for sidewalks. Since Portland cement produces a vast amount of greenhouse gases, that is something that needs to be addressed, especially when it comes to air quality.

G&M Services is proud of our employees and the dedication they have for safety in the workplace. We reward our employees for displaying positive safety practices. We incorporate weekly and monthly discussions and meetings to ensure that all involved are aware of how to handle equipment and potential situations that could occur during a project.

G&M Services offers services in the way of concrete drilling and sawing, concrete scanning, and Firestop. To get started with us, call today at 410-787-8828 or visit our contact page. Follow the official company page today on Facebook, Twitter, and LinkedIn.