What to Consider Before Concrete Drilling Work Begins 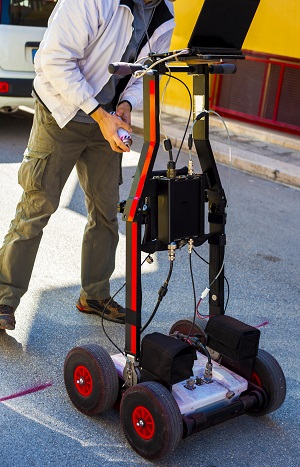 Drilling or cutting into concrete can be more dangerous and complicated than initially expected. Here is a look at what else you should think about before any concrete drilling work can begin.

Drilling or cutting into concrete can be more dangerous and complicated than initially expected. That’s what the proper planning is so necessary before any work can get underway. That’s part of the reason why ground-penetrating-radar or GPR technology is so important. Here is a look at what else you should think about before any concrete drilling work can begin.

Where GPR Technology Comes From

Before the 19th century, drilling or cutting into concrete was even more dangerous than it is now. The workers responsible for constructing a new building or tearing down an old one wouldn’t know beforehand if any hazards were hiding under the surface. The first radar patent was issued in 1904. Since then it has rapidly advanced, evolving into something its innovator wouldn’t be able to recognize if he was alive today. Radar was first used for treasure hunting and looking underground where mere mortals wouldn’t be able to see it. Then it was adapted to military uses, and eventually, also used for scientific research. Since 1970, GPR has been one of the best tools available for use in archaeology, military applications, and scanning for hazards before any concrete drilling job starts in earnest.

A radio antenna helps fire radio pulses into the ground and collects whatever signals bounce back. This works much the same as echolocation used by bats and dolphins. Once the scans are downloaded and interpreted, the operators get a clearer picture of what is underneath the concrete – cables, rebar, debris, and so forth.

Why You Should Do It

One reason to scan the concrete before drilling into it is to help protect your workers. This improves the safety of your job site, and it should always be your top priority. Avoiding electrical conduits, power nodes, and buried telecommunications hubs are also critical to avoid upsetting the homeowners and business owners in your area. Scanning the concrete can also save plenty of time and money by making sure the project meets all deadlines and doesn’t exceed the budget.

How the Scan Works

The scan begins with a walkthrough. Send your crews to inspect the site and look for any visible signs that something is wrong. Some examples of this include weak concrete and what looks like the beginnings of a sinkhole. Then the scan can commence. After the scans are collected and analyzed, it is safe to start the concrete drilling process, provided that no obstacles are in the way.

G&M Services is proud of our employees and the dedication they have for safety in the workplace. We reward our employees for displaying positive safety practices. We incorporate weekly and monthly discussions and meeting to ensure that all involved are aware of how to handle equipment and potential situations that could occur during a project.

G&M Services offers services in the way of concrete drilling and sawing, concrete scanning, and firestop. To get started with us, call today at 410-787-8828 or visit our contact page. Follow the official company page today on Facebook, Twitter, and LinkedIn.